We were looking to escape suburbia. A 1942 cape cod on a 5,ooo square foot urban lot with a single, detached garage. We were looking to escape the consumerism of elaborate do-it-yourself decor and prepared cuisine, the soccer mom mystique, and the bored, lazy, 'gimme' kids.We were determined to step out of that strange tension between the reality of our lives and the image to which we were trying to conform -


We actually wanted the 3 BD 1 BA (yes, with teenage girls) urban lot. No more open floor plan or vaulted ceilings with skylights. Instead, we have crown molding and plaster. And lots of creaks and moans.


And now to create an urban habitat between the concrete slabs.


The yard was a task. We moved in compost bins and worm bins and looked around thinking, "we cannot produce enough compost to amend this place." The soil was so close to dead we could legitimately call it "dirt."* 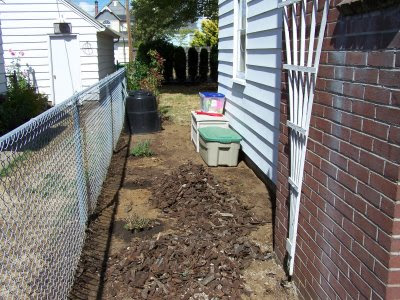 The "beds," and I use the term loosely, were covered in plastic weed barrier and chunky old bark. We removed the old chunky bark nuggets and plastic weed cloth (along with numerous snails) from around the house to expose the dirt. This was the first step to amending and building soil. 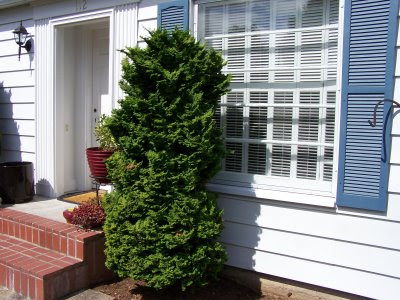 We removed trees and shrubs of all sizes and varying degrees of health. Our proudest moment was when WC used the 12,000 pound tow strap to pull the hinoki from the front of the house. We also moved a butterfly bush planted in the 18" wide strip under the front windows {shaking head}. 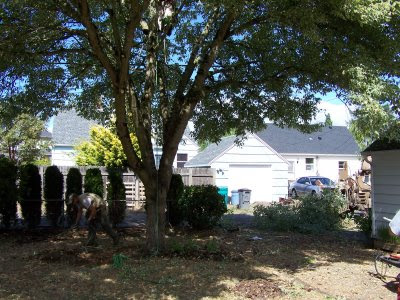 We had the Acer negundo ‘Variegatum’ pruned and the trimmings chipped. The arborist believes the tree to be close to the vintage of the house, or 65 years. The chips are now spread across the property in various beds as part of the "lasagna" or sheet composting.


We removed 3 rhododendrons. Two were transplanted in a nice woodland setting below cedar trees, and one sacrificed itself to the big compost pile.

So, today, we have 2 maple, 2 rhododendrons, 1 evergreen and 9 rose bushes remaining that were original to the property.

We used every last organic scrap we produced on this property in a variety of composting methods - lasagna beds, yard bins, worm bins. And we do mean all kitchen and yard scraps. But we still had to bring in 10 yards of microbial mulch - mulch consisting of kiln dried wood shavings, compost and manure. And it was crawling with soil organisms from the Eisenia fetida to the mold that quickly formed in the moist mulch.


We brought many transplants and cuttings, and even seeds, with us from the last property. 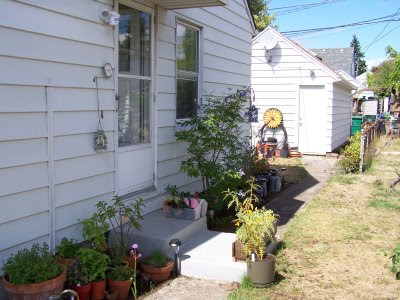 The potted herbs sat patiently waiting by the kitchen in anticipation of future use ;) 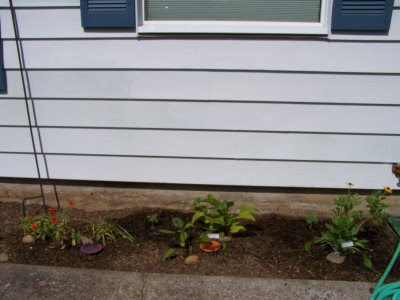 
* dirt, unlike soil, does not contain the web of soil organisms necessary for a healthy eco-system. A great read on the topic is Teaming with Microbes: A Gardener's Guide to the Soil Food Web by Jeff Lowenfels and Wayne Lewis.
Composting Planning and Design Propogation: Seeds Starts and Cuttings Soil Building and Mulch Vermicomposting