The house was built in 1942, and most of the planting was established near that same time. And then, apparently neglected for the next 65 years.

There is a long stretch of roses, a large boxelder tree and not much else. Much of the front planting will become compost in one form or another.

And the place was covered with that horrid nugget bark. It took trailer loads to remove the bark and expose the soil. Well, actually this is pretty dead dirt here. It will take some amending.

When had the Acer variegata pruned we asked for the chipped remains. Here they are against the back fence. 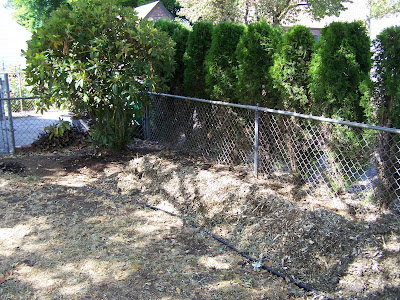 And here they are spread over newspaper and cardboard as the planting beds begin to develop. 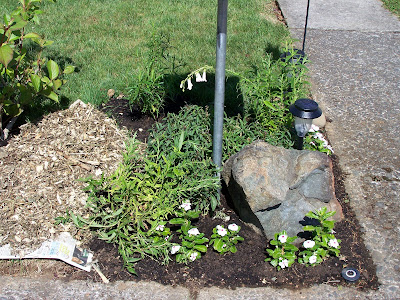 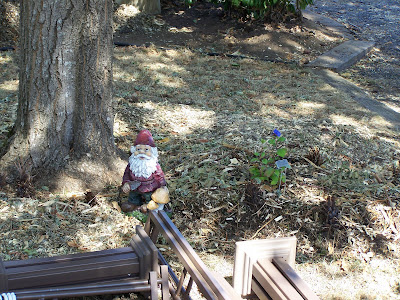 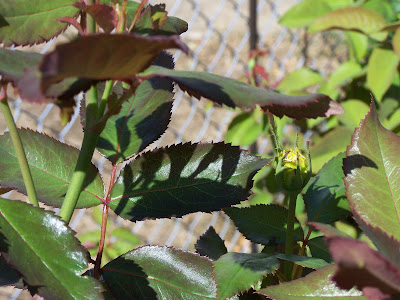 The roses are looking much happier after a severe cut back and some banana peels . . .

As the rain has started I will be spending some time converting this blog to reflect the new urban lot and our adventures since the move August 2nd . . . more to come ;)
Composting Soil Building and Mulch