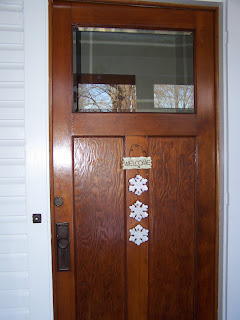 June 2020
We have completed many projects in this home, from plaster wall & ceiling repair to plumbing & electrical upgrades. This promises to be the year of bathroom remodels.
There is still a lot to do, but as a gardener I know there are seasons for each task, and time unfolds the pace and flow. It is the life the home and garden create that are important.
January 2012

As of the writing of this entry, we still own the cape cod in Vancouver, Washington. In fact, I have more than once since the relocation threatened to pack my bags and drive the 2250 miles back "home."

Slowly this place is becoming more "home," and the days are becoming more "normal." I never could have told you how difficult a relocation of this distance would be. We planned every contingency as best we could, and the relocation was for an exciting new position...so, why did I cry so much. Everything seems to be rolling forward more smoothly than not, but still I cried.

When we picked this house it wasn't because it was "the one," like the last house. There was no emotional impulse. It was practical, and within the moving budget, considering there would be two mortgages for some time. The neighborhood seemed nice, and it had back alleys and old trees similar to what we left.

I am slowly falling in love with this house. The day we took possession I think we all had on our bravest faces as we looked around, the sellers furniture now gone and no longer hiding the carpets, the reality sinking in. That very first day we pulled wallpaper and tore back carpeting to assess the wood floors beneath. And for over a month we all lived in the MIL apartment while floors were refinished and new carpeting laid.

It has been 5 months now. We arrived just a few days before school began in August 2011, and lived in a hotel the first weeks. The next two months were busy with workmen and then unpacking, and by midterm the kids were finally in their own rooms. The lathe and plaster walls are still bare, stripped of wallpaper and needing repair and paint. We encountered calcimine paint and learned a lot about Victorian farmhouses. I joke that Gerard Butler PAID someone to make his walls look this rustic (Architectural Digest May 2010).

Tonight it is New Year's Eve. We have one bedroom almost primed for paint, and hope to complete both before school begins again in 9 days. The oak hardwood floors look great, and the new carpet upstairs transformed the space.