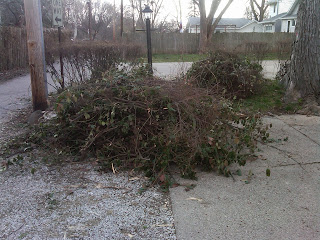 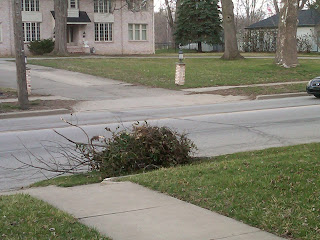 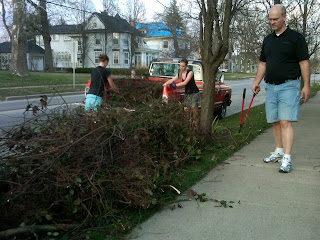 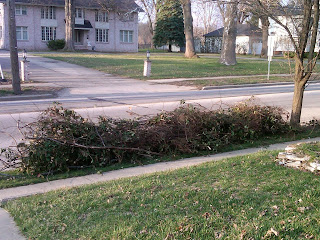 Friday I started pulling vinca major from the yard. The vinca is well established in areas and was twisting around bushes and literally pulling them to the ground. Several bushes had dead branches as a result of the vine. Vinca major is listed on the state invasive species list, although this was probably planted long before it was added to the list.

Here is a one day pull. my worker bees helped me load it on the truck and take it around front for yard debris pick up. There is more still needing pulled and some areas will need dug. We pulled ivy last fall.
native plants and invasive plants 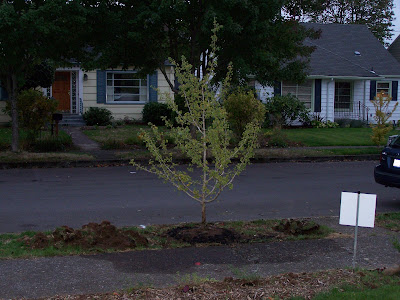